Sally Elizabeth Collins Mall, 76, passed away, Wednesday, June 3, 2015. A Memorial visitation will be held from 1 p.m. to 3 p.m. on Friday, June 12 at Arlington Chapel, 1221 East Division Street at AT&T Way, Arlington, Texas. Sally was born in New York, New York to Roderic and Jesse Collins on February 28, 1939. She grew up in Westport, Connecticut and attended Averett College in Danville, Virginia. After college she worked as a Hostess for Braniff Airlines and she continued to be involved with the Clipped B’s for many years. Sally met her husband, James Mall, in Dallas in 1964. They settled in Arlington where they raised two boys. Sally and Jim were happily married for 49 years. She was known for her hospitality. Sally and Jim spent many years opening their home on Cedar Creek Lake to family and friends. Sally also loved to play bridge. She is survived by her husband, James Franklin Mall of Arlington; son, Chris Mall of Arlington, son, Brad Mall of Dallas and his wife, Leigh; grandchildren, Hayes, Collins, and Margaux; sister-in-law, Mrs. Roderick Collins, IV; brother-in-law, Harold Mall and wife, Lori; and several nieces and nephews. 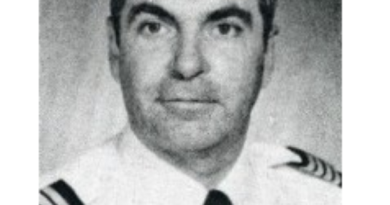