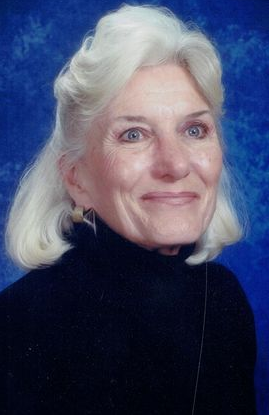 
Graveside services for Dorothy Lou Filgo Jimmerson, 80, of Dallas will be conducted at 2 p.m. Saturday, Jan. 24, 2015, in Cleburne Memorial Cemetery.

Dorothy Lou Filgo Jimmerson passed away Tuesday, Jan. 20, 2015, at her home in Dallas with her family at her side. She was born Aug. 23, 1934, in Cleburne and attended college at TCU. She married Baxter Jimmerson and he preceded her in death in 1994.

Lou, as known by family and friends worked several years as a flight attendant for Braniff Airlines. She also worked a number of years with DISD and at one time ran the largest volunteer program in the area. She served on the PTA and for several years as PTA president and vice president. In recent years she worked as an administrative assistant and Dyslexia tutor, retiring in 2013 after working several years at Dealey Montessori in Dallas. Her love for children and passion for education gave her a chance to guide, inspire and make a difference in so many lives.

She was also preceded in death by her father, Emry Taylor; mother, Frances Zimmerman Filgo; and step-father, J. Lyman Filgo, all of Cleburne.

A special thanks to all of the caregivers and doctors who have supported her and stood by her side for the last 19 months.

“Life isn’t about waiting for the storm to pass, it’s about dancing in the rain.”

You may sign the guestbook and view obituary and photo at www.cpcleburne.com.