Helen Carol Taylor passed away January 2, 2015 at the age of ninety. She was in good health and actively involved in life, enjoying family and friends until her time came to depart this life. Carol is survived by two daughters and three sons, Sharon (Pat) Harmon and Shelley Taylor (Dan Doran), Terry (Ellen) Taylor, Derek (Sandy) Taylor and Kent (Miriam) Taylor. Her seven grandchildren are Trevor (Yaa) Harmon, Deena (Jeff) Johnson, Evan Harmon, Benson (Nikola) Taylor, Brooke (Matt) Basaldua, Vanessa Taylor and Jamie Taylor. Carol was also blessed with eleven great-grandchildren. A South Dakota native, Carol was born and raised on the Parker family farm near Eagle Butte alongside her five siblings, Vera, Gladys, Grace, Truman and Frank. The Parker children enjoyed the simplicity of farm life. Country dances, pie socials, 4-H club and summers camping in the Black Hills created lifelong memories. In winter months, riding to school in a horse-drawn sleigh was nothing less than magical! Carol’s high school years were spent living in a dormitory in Eagle Butte with other students from rural farms. She and her classmates returned home on the weekends but the bond between them was much like having many brothers and sisters. Carol’s classmates enjoyed returning to meet together every few years for over 50 years of reunions. During high school Carol participated in Pep Club, Glee Club, Declamation Club, Cheerleading and served as class valedictorian for her class of 31 students. In December of Carol’s senior year Pearl Harbor was attacked. After graduation, Carol and 3 of her friends went to California to work in the war effort. After the war Carol came to Kansas City where she completed a 3 month course at the Midwest Airline School. She was quickly hired by Braniff as an airline stewardess. Carol loved the adventure of flying on the DC-3, a 21- passenger plane which traveled routes between Texas, Colorado and Tennessee. Though reluctant to give up flying, Carol instead chose a future with the love of her life, Adrain Darrell Taylor. Carol and Darrell married in 1946 and settled in Lawrence, KS, enabling Darrell to pursue his engineering degree at Kansas University while Carol taught at the Midwestern Airline School. During those college years Carol and Darrell had three of their five children. Sharon Lynne was their firstborn, followed by Terry (Terrance Newton) 15 months later. Derek Lee was born 2 years later. Carol kept quite busy working both as a secretary to the chief engineer of the Corps of Engineers and as a young mother of her 3 children. After graduation Carol and Darrell moved to St. Louis where Shelley Ann and Kent Boyd were welcomed into this growing family. Darrell’s work required 2 more moves after which the Taylors returned to the Kansas City area where they remained until they retired. Carol began a 20 year successful career as an executive secretary for Smith and Loveless and Bonair Boats. Those 20 years were filled with many school and church activities, graduations, weddings and eventually grandchildren, all of which were milestones embraced and celebrated with much love, pride and joy by Carol and Darrell. In 1984 Carol and Darrell retired and moved to their vacation home in Bella Vista, Arkansas, where they embarked on a new phase of their lives. They filled their days with golf for Darrell, yoga for Carol and together they were master bridge players. For many years they enjoyed traveling, covering the United States from coast to coast in their motor home and also visiting Europe. They enjoyed meeting people and making new friends in their travels and always kept in close contact over the years. Both Carol and Darrell had a love of reading and were life-long learners. They loved providing creative and fun learning experiences for those of us that were privileged to travel along with them from time to time. After several years in Arkansas, Carol and Darrell returned to the Kansas City area to be nearer to their children, grandchildren and great- grandchildren. Many wonderful memories were made as well for these next generations by Grandma & Grandpa Taylor. Sadly, in 2010 Darrell passed away after a brief illness leaving Carol alone after 63 years of marriage. Carol’s love of life and people, along with her boundless energy and positive outlook, enabled her to live to the fullest these past 5 years. She embraced life, her family, her friends and brought joy and enthusiasm to whomever she was with and to whatever she pursued. Our mother, grandmother and great- grandmother has always been the crown jewel of our family and was adored by all whose lives intertwined with hers. All of us have been forever enriched by the heart and life of Helen Carol Taylor and she will be greatly missed! A memorial service honoring Helen Carol Taylor will be held at Floral Hills Funeral Home, located at 7000 Blue Ridge Blvd., Kansas City, MO. The service will begin at 12:00 pm. A visitation time with the family will be held at the chapel prior to the service from 11:30 to 12:00. Also, after the service, the family would be honored to visit with those who attend. Condolences may be left at www.floralhillsfuneralhome.com Arr. D.W. Newcomer’s Sons Floral Hills Funeral Home, 7000 Blue Ridge Blvd., KCMO, (816) 353-1218. D
Published in Kansas City Star on Jan. 7, 2015 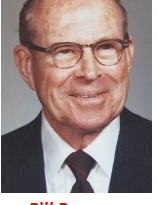