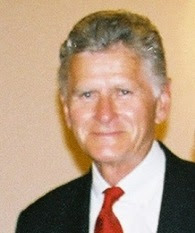 Retired Braniff pilot, Captain Thomas Harris, took his final flight on Oct. 25, 2017 as he died peacefully in his sleep at home.

Tom was born April 18, 1937 to Florence and Stephen P. Harris in Dunkirk, New York. A graduate of Fredonia High School, he attended Allegheny College, where he was a member of Phi Delta Theta, and received a bachelor’s degree in aeronautical engineering from Emery Riddle Aeronautical University. He proudly served in the USAF for seven years and was a B52 commander. In 1965 he left the service and began flying commercially for Braniff Airlines.

He had many hobbies which included classic cars, golfing, sailing, travel and cruising all over the world with friends and family. He was a member and past commodore of Poulsbo Yacht Club and served as president of the PSEB T-Bird Club.

He was a loving husband to wife Susan for 48 years, a caring father to daughter Jeanne and son Stephen and proud granddad to Jessica.

A celebration of Tom’s life is planned for early summer.