Services for Ray Demoulin will be Monday, March 9, 2015 at 2:00 at Most Blessed Sacrament Church
in Arlington, TX.
A reception will follow at Shady Valley Country Club.
Ray’s obit should be in the Star Telegram tomorrow.

Sadly Barbara Demoulin’s husband was recently diagnosed with cancer
and he has now been placed into Hospice Care. Our hearts go out to
this sweet, loving couple and we hope you will keep them in your prayers.
The following note was written about Ray by a friend and we wanted to
share it with you.

Sorry to be the bearer of sad tidings but Ray DeMoulin ‘s wife Barbara asked me to forward the following message to all of us whose lives Ray touched.
Please share this with your extended network as well because I only know a fraction of the people who benefited from Ray’s incredible generosity of spirit and his love of photographers and photography.
Many of us called him “Saint Ray” and the title was well deserved.
…
Ray had an enormous effect on the lives of countless photographers around the globe — backing projects no publisher would support, funding books and exhibits, ushering so many photographers into the age of digital imaging by creating the Center for Creative Imaging in Maine and getting Kodak to support the work of so many photographers.
If it wasn’t for Ray, the “Day in the Life” projects would have ended soon after they began.
Ray was way ahead of his time on so many fronts and fought a tough battle, trying (in vain) to persuade Kodak to embrace rather than fear the digital revolution that swept over our industry much faster than anyone (except Ray) every anticipated.
If Kodak had listened to Ray it might still be the powerhouse it once was.
Ray is no longer checking his emails but you can send mail to Barbara at bdemoulin@sbcglobal.net and she will get your message to him
best
Rick
—————————————————————————————————————-
From Barbara DeMoulin
Dear Friends of Ray DeMoulin,
It is with a sad heart that I have go pass on the sad news that Ray was diagnosed with bladder cancer right before Christmas. At first the Doctors believed the cancer was contained but after further studies it became apparent the cancer had metastasized to his liver and bones. He has had several series of palliative radiation which has alleviated much of the pain, but it was decided as of yesterday, that he needed to go into Hospice Care.
Ray truly loved his years at Kodak, but he has always said, it was the friendship of the photographers that he treasured the most, so I am asking you as friends to keep him in your prayers as he travels this last journey to the Lord.
God Bless and thank you so much, Barbara
If you want to drop him a note our address is:
10 Park Row Court
Arlington, Texas 76013 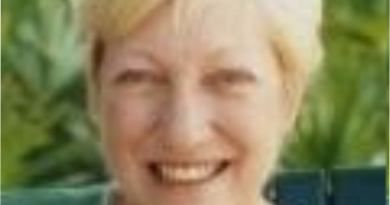