Leo Derrel Hollis passed from this life on December 15, 2015. Leo was born to James Cusic and Zula (Buckelew) Hollis, in Sulligent, Ala., on December 27, 1947. He grew up in Jacksonville, Ala., where he graduated from Jacksonville High School (1965). He met his sweetheart, Martha Jane Wagers, in the sixth grade. He shared 45 wonderful years of marriage with her before her passing in 2013. Leo graduated from the University of North Texas (1978) where he studied chemistry and geography, while working many part time jobs to support his expanding family. One of his jobs was at Braniff International Airways, where he discovered his passion for aviation. He spent his career in the airline industry predominately with America West Airlines and National Airlines and later in the Federal Aviation Administration, where he was one of the founding Dispatch Safety Inspectors and pathfinders for Flight Standards before his retirement in 2014. Leo was an Eagle Scout and avid supporter of the Boy Scouts of America, having multiple leadership roles through the years. Leo enjoyed spending time with his family, traveling, exploring the great outdoors, photography and teaching others. Upon Martha’s passing, Leo’s longtime friend and pilot instructor, David Killen introduced Leo to his sister, Mary Killen. Leo was blessed by her love, friendship, support and marriage (2014). He also inherited a wonderful sidekick, Aarcher, a Belgian Malinois, who was a loyal shadow and helped return his life to normalcy on a daily basis. Leo, Mary, and Aarcher enjoyed traveling across the country in their RV to spend time with all of their family and visit numerous National Parks and National Monuments, a lifelong dream of Leo’s. Leo was loved by all who knew him. Leo is survived by his wife, Mary Hollis; his children, Leo Derrel Hollis Jr. (Stacey; of Bluffdale, Utah), Ellen Annette Hollis Cannady (Chad, of Noblesville, Ind.) and David Lee Hollis (Kristy Heidenreich, of Ashland, Wis.), his brother, James Buckelew Hollis (Collean) and sister, Joye Hollis Ridgeway (Tom); his beloved grandchildren, Mason Patrick Cannady, Alyse Brianna Cannady and Harper Lake Hollis-Heidenreich. Leo is also survived by his stepchildren, Jennifer Springer (Jody), Patricia Watson and Timothy Evans (Suzanne); his step-grandchildren, John Adams, Colby, Kaleb and Jaden Watson and Makenzie, Timmy and Maddie Evans. Leo is also survived by numerous cousins, in-laws, nieces, nephews, great-nieces, great-nephews and close friends. In lieu of flowers, please make donations to the Boy Scouts of America, Tennyson Center for Children at Colorado Christian Home, or the American Heart Association. A celebration of Leo’s life will be held at 10 a.m. Wednesday, January 6, 2016, at Mariposa Gardens Cemetery Chapel, 6747 E. Broadway Road in Mesa, AZ. Arrangements entrusted to Mariposa Gardens (480)830-4422. 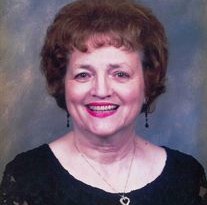