The obituary for former WCTI Jacksonville bureau reporter Allison Parker was released. She was shot and killed Wednesday during a live shot for her current station, WDBJ in Roanoke, Virginia. WDBJ photographer Adam Ward was also killed.

Allison’s mother, Barbara Parker, emailed us this obituary for Allison:
Allison Bailey Parker, loved by everyone who knew her, was taken from us at the age of 24 on August 26, 2015. Born in Annapolis, MD, Allison grew up in Collinsville, Virginia and graduated from Martinsville High School in 2009. Her many accomplishments included Piedmont District Swimmer of the Year award, Big M Trophy recipient, and a member of the jazz and concert bands where she played both trumpet and French horn. As a student at the Piedmont Governors School for Math, Science and Technology, she was a member of the award winning robotics team. Allison was a gymnast, a beautiful dancer, and when kayaking with her family she grew to love the beauty of the rivers around us.
She was accepted into the James Madison University School of Media Arts and Design, and was a news editor at the Breeze, a member of Alpha Phi Sorority, and was a tutor of freshmen calculus students. During her college summers she was a New College Institute intern for The United Way and MURA in Martinsville, and at WDBJ7 in Roanoke, Virginia. She graduated from JMU in 2012 and joined the news team at WCTI12 in North Carolina as the Jacksonville bureau chief, covering Camp Lejeune and the surrounding area, where she relished the tough schedule and hard news. Allison was recruited to return to WDBJ7 in Roanoke as the Mornin’ Reporter last year, and she greeted viewers each weekday morning with a smile and her bubbly personality, hoping to make their day a little brighter. She loved her job and had such a bright future ahead in the field of journalism, but still found time to support her community. She was rehearsing to be a contestant in the Valley Stars benefit for the Salvation Army of Roanoke Turning Point, the only secure center in the Roanoke Valley for adult survivors and their children who are in imminent danger from family and intimate partner violence. She will be missed by everyone she touched, and she lived life to the fullest in her short time on earth.
She is survived by the love of her life, Chris L. Hurst of Roanoke, VA; her parents, Andy and Barbara Parker of Collinsville; brother Drew Parker of Mt. Airy, NC; grandmothers Frances Bailey of Denison, TX and Gloria Parker of Austin, TX; aunts Lisa Foster of Sherman, TX, Kristin Bailey Murphy of Hollywood, CA, and Jane Ann Parker of Austin, TX; and cousins Kristin and Caitlin Miller of Dallas, TX, Meredith Foster of Georgetown, TX, and Jonas and Makenna Parker of Austin, TX; and countless special friends like Sasha, Katie, and Georgina. She especially loved Jack and Sophie, the best dogs ever.
A celebration of Allison’s life will be held at a later date after a private memorial service. In lieu of flowers the family asks that donations be made to the following scholarship funds or charitable organizations:
JMU Scholarship Allison B Parker Memorial Fund
Donations for the Allison B Parker Memorial Fund can be made online at the link above or checks for the Allison Parker Memorial Scholarship can be made payable to the JMU Foundation.
JMU Advancement Gifts and Records MSC 3603 Harrisonburg, VA 22807
ATTN: Allison Parker Memorial Scholarship 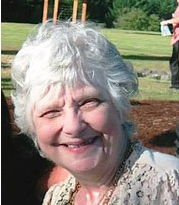